I’ve attended pretty much every BES since 1999, during which time the meeting has massively increased in size; we now attract over a thousand delegates, making it the largest gathering of ecologists in Europe. There has also been an overall increase in quality of presentations, accompanied by stiff competition for slots. With so many people and so much awesome science to see*, it can be easy to feel overwhelmed.

This post is aimed at people attending the BES for the first time, and gives some suggestions for how to get the most out of it. If you’re a student then some of these tips will be especially helpful. Older hands can check whether they agree and add their own thoughts in the comments. 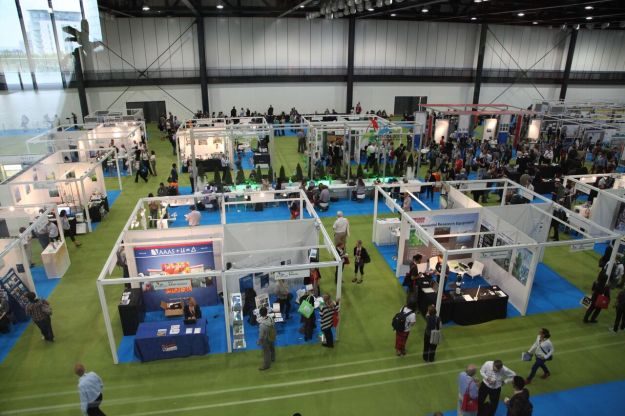 A stranger is just a collaborator you haven’t met yet. Or more likely a reviewer that you already hate, but only they know it.** 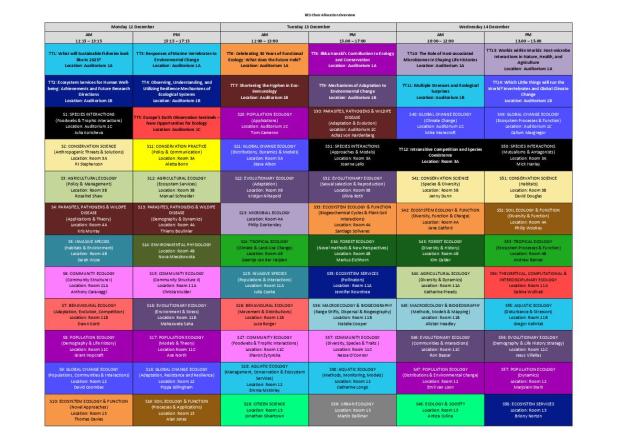 Ooo, colourful! Pick one you like then just sit through the whole thing. The dark green is particularly recommended. 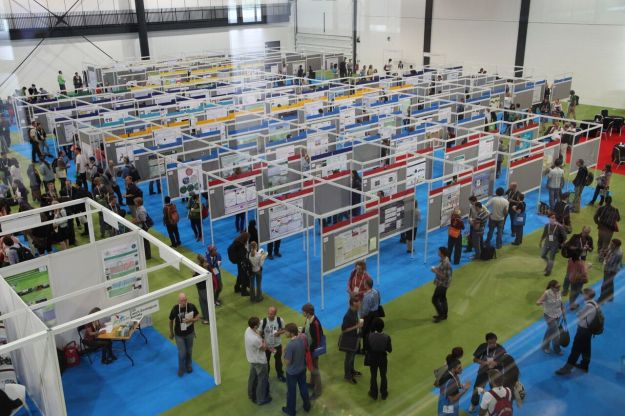 You’re not going to read all those posters unless you’re really trying to avoid social interaction. 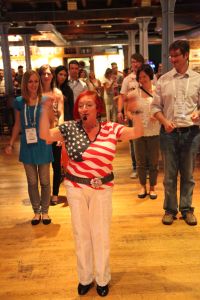 This is the BRITISH Ecological Society. We do not slavishly follow the Americans and their ways. 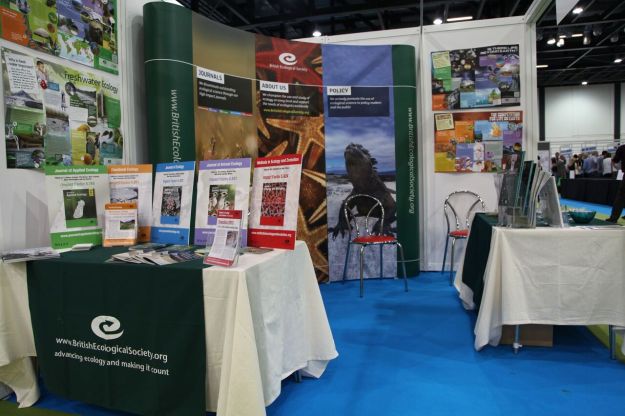 Quick, no-one’s looking after the stand, STEAL ALL THE PENS.

On which note, if you’re stuck for someone to talk to, and you happen to spot me, please come up and say hello! I don’t care whether you’re a keen undergraduate or an embittered old prof, whether you work on foraminifera or velvet worms. I’m always happy to meet new people, and, if I can, to introduce you to lots of other cool ecologists. The one place you’re guaranteed to find me is the Forest Ecology Group mixer. We know how to party.

I love the BES. Forget Christmas, this really is the most wonderful time of the year.

* Although apparently one person only used to come for the meat sandwiches. Each to their own I suppose.

** Thanks to Richard English for the photos, which are all from the amazing BES centenary meeting with INTECOL in 2013. I was there, but too preoccupied to take any pictures.

*** I don’t follow my own advice. You’ll find me a pale, trembling wreck by Wednesday morning, and it takes a few days to recover. No loud noises or rapid movements please.

8 thoughts on “How to survive the BES Annual Meeting”